Here are Tips for Harvesting Food in the Wild

Most of the so-called domesticated foods grown in backyard gardens and commercial nurseries today started out as wild foods.  In years past Native Americans and others would routinely go on food foraging expeditions to look for wild edibles.  The people familiar with the area knew the growing seasons and where the foods typically grew.  They may have even moved their camps to certain areas when they knew food could be harvested.

GET A FREE SUBSCRIPTION TO PREPARE MAGAZINE

After a while moving from place to place to follow the foods was not practical so someone decided to try and move the foods instead and that is when nomadic people began to stay in one place and start growing wild edibles literally outside their own back doors.

There are literally hundreds if not more species of plants that are edible in the world. The true sense of edible is that they are not poisonous to humans but it does not necessarily mean the plant tastes good or provides any nutritional value.

There are many and it must be stressed many plants and berries that are deadly to humans so before consuming any plant, berry or nut found in the wild, you must know for an absolute certainty that it is safe to consume.

Pictures and descriptions is not enough information for you to be able to identify many of the edibles so it is important that you research thoroughly and gain firsthand knowledge of all plant life in your area.

The plants listed below are some of the most common edible wild plants found in the world and many of you are familiar with many of them but do you realize they are edible and quite good in most cases? 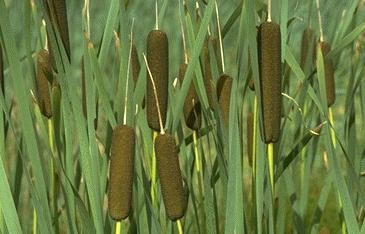 Cattails are commonly found around waterways and they are easily identified.

The roots and stalks that grow close to the ground are the best part. The large flower, which is easily spotted, will be covered with yellow pollen in the early spring and many people collect it for flour or use it as a flavoring/thickening for sauces or gravy.  The roots and stalks are best when boiled.

Burdock to most people is a nuisance weed but actually is cultivated for its roots in many parts of the world.  The roots are typically eaten by cutting up into chunks and boiling in water or sautéing with oil in a frying pan. In a survival situation, they can be eaten raw but will have a bitter taste late in the summer. 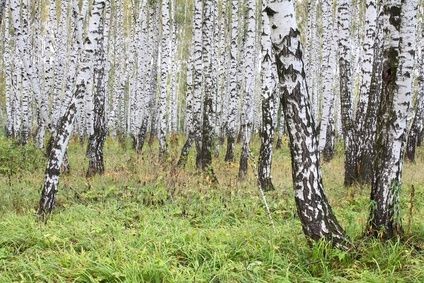 Birch trees are a source of food if you are in a survival situation. The inner bark (cambium) can be eaten raw, fried, boiled or ground into flour or paste and the leaves can be steeped for tea. 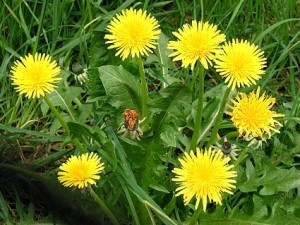 Dandelions are very common and all parts of the plant are edible. The leaves can be eaten raw just like any green, or boiled or even made in wine. They are best if eaten before the buds flower. 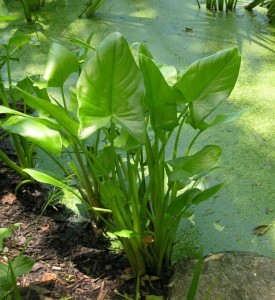 Arrowroot grows typically in wets areas and many encourage its growth because the roots are very good. It is ground into flour many times and certain natural food stores routinely stock arrowroot flour.

Some of you may look at this picture and say that is a wild strawberry. There really is no such thing as a wild strawberry in the technical sense. In years, past farmers and others may have cultivated berries such as strawberries, blackberries and so on then abandoned the farmstead or home for whatever reason and yet the plants carried on. Certain plants like the strawberry drop seeds, which allow them to repopulate. Birds consume the berry and then deposit the seeds in various places.

The picture is an Indian Strawberry, which many consider a weed. The berry is edible but the taste does not resemble a strawberry and you can tell the difference by the color of the flower. A strawberry as we know it has white flowers and not yellow ones. The plant is invasive and once started is hard to get rid of, if you want to get rid of it. It makes good ground cover and attracts birds and small mammals which many like to encourage. It will crowd out other invasive weeds in yards and flower beds.

Pine trees are not pictured in this article because of how common they are and easily identified. The bark of all species of pine can be eaten as well as the nuts produced by many varieties of pine. The inner bark is cut into strips and eaten raw or roasted and eaten like potato chips. The needles can be steeped into a refreshing tea and pine nuts can be eaten raw or roasted. Pine resin is routinely chewed on just like gum and many state that it has medicinal properties.

The pictures and information presented here is for informational purposes only. It is up to you to make sure you know what is edible and what is not. Never consume any plant, berry or nut unless you are certain.

Just because birds and other animals eat the berries and plants does not mean it is safe for you to eat. Several examples of this include the moonseed berry, which birds love but are deadly to humans. Box turtles eat mushrooms that are toxic to humans, which mean the box turtle is one of only several reptiles that cannot be

eaten, by humans because of their diet of foods toxic to humans. The toxin from the mushroom is present in the turtles’ flesh.