Emergency Preparation Tips For a Tornado 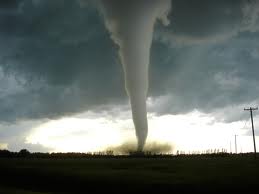 If you’ve ever seen a tornado, you know what a powerful and terrifying thing this unpredictable natural disaster can be.  If you live in a place where a tornado is possible (like “Tornado Alley”) you need to make preparations.   You will want to know what to do if a tornado should make its way to your neighborhood!

It’s a little late in the year to be stressing the importance of preparedness for tornado’s, however, there are still areas (Southern States) that may be impacted late into the year.

Typically, every year from March to May, Midwest and southern states are plagued by tornadoes.  Northern states’ risks are slightly later, from late spring to early summer. Tornadoes are unpredictable, sudden, violent columns of rotating air that pick up dirt, debris, and even very large items and toss them like pick-up sticks. The winds of most tornadoes reach speeds of over 100 miles an hour, and some have been clocked at over 300 miles per hour.

What makes a tornado truly dangerous is its unpredictability. It can descend from the clouds without warning and disappear just as quickly.  And tornadoes do not follow a predictable path.  They can make 90-degree turns without warning. And they are harder to spot and track from satellites.

You can only be sure there’s a tornado nearby by seeing it. Or you may hear the sound of a train roaring where no track have been laid. There’s not much you can do to protect your home and property from tornado damage.  The sad fact is, if a tornado wants your house, it will get your house.

But there are certain precautions you can take to protect yourself from the ravages of the deadly tornado.

How Can I tell if a Tornado is Likely?

How Will I Know When the Tornado Will Hit my House?

What Can I do to Protect Myself?

When the storm has passed, it’s time to assess the damage and begin to recover. You may find pieces of furniture or personal items miles away, undamaged. You may find a fragile straw implanted through a tree or phone pole. Tornadoes have almost mystical powers and do some very strange things.

Community clean-up and support are tremendously important after a tornado. Coming with little warning and wiping out whole lifetimes leaves victims drained and feeling powerless. If you are a victim, seek support from neighbors and family. If you are, offer your support to those who have suffered.